From food bank to Deliveroo overnight

On Friday I drove out of London and down an eerily deserted M23 to Brighton.

I was on this journey to meet one of the teams we are supporting at the Brighton Unemployed Centre Families Project, and my objective was to provide them with their first “donated” car from Karshare. It’s about two hours to Brighton from where I live in south London, but I didn’t realise how much of a trip it would turn out to be.

Let me give you a bit of context. My name is Andy Hibbert and was the Founder and CEO of Car & Away. We’ve been running a new but fast-growing sharing business for the last two and a half years based at several airports around the UK.

Our model was simple. Outbound holiday makers could drop their cars with us at, for example, Gatwick Airport. We would clean them, test them for roadworthiness and insure them for inbound travellers who wanted to rent a car. When the owner returned from holiday, their car would be there waiting for them, freshly cleaned, and accompanied by a healthy deposit in their bank account for the rental income their car had earned while they were away.

The business was growing well. We had engaged with 7 additional airports across the UK and 17 across Europe and were planning the launch of a new sharing proposition from home this Spring.

And then Covid-19 arrived, and closed all the airports, and suspended our operations overnight until further notice.

Like many businesses, the extent of the Covid-19 impact was largely out of our control. We did, however, have control over our response. Given the capability and the partnerships we had in place, and inspired by the magnificent response of the whole nation, we decided that we too could help.

So, we put word out to the local community of Bristol that if they would donate their car for a week or so, we would find a member of the NHS, a charity worker or a foodbank that would put it to good use. Already operating at Bristol airport meant Bristol was an area we knew well.

We christened this new scheme the Karshare community initiative and built a quick simple website karshare.com to outline what we wanted to do and who we were working with to make it happen.

The response was dramatic. The average car in the UK is already un-used 94% of the time, and at a time like this, with most of the country under lockdown, that number will be even higher. People came forward in increasingly greater numbers with generous donations of cars for essential workers and services on a voluntary basis. We even had an open-ended donation of a car ‘given to us’ to help the cause.

So, the trickle of donated cars become a flood and Bristol spread to Brighton and then London Nightingale, and now Manchester. Four weeks in and we have had over 475 cars donated to us for good use, and the number is growing faster and faster.

All of which takes us to my trip to the Brighton Unemployed Centre Families Project.

Over the phone, Alex from the project had told me that the centre had been under severe strain since the lockdown, and that they were having to re-invent themselves and adapt to the difficult circumstances they found themselves in.

Arriving at the centre, a modest building in Brighton, perched on a hill with a tremendous view of the sea, I saw immediately what Alex had meant. This was my first trip to a food bank, but I hadn’t realised quite how important a feature they have become in the lives of so many people in their community.

The first and biggest difference was that the doors were now locked. For an organisation that prides itself on being open all hours, and actively welcomes members of the community across its hearth for solace, refuge, education, entertainment and a good meal, a lockdown is the worst case scenario.

What astounded me was how Alex and her team had turned her organisation upside down over a matter of days, from a customer destination to an essential distribution company. Having run private sector businesses for over fifteen years now and helped teams transform themselves through challenging times, that this was a business transformation that astounded me.

Up on the second floor, a full-scale kitchen production unit had been set up under the watchful gaze of volunteer George, a professional chef with years of experience. He and his team set up the facility overnight, preparing and creating food that would go into the food parcels to be sent to clients. Everything was being meticulously cleaned and sanitised, labelled and assembled with immaculate care and precision by their amazing resident cleaner Monica. In the world of allergies and intolerances, precision is paramount when it comes to food labelling and distribution.

From there, the food drops would begin their journey to a sizeable catchment area, seventy parcels each and every day, out to Brighton, Hove, Peacehaven, Portslade and Hollingbury. At this time, they are receiving an additional 20 requests per day and I can only imagine as the financial hardships grow, these requests will increase.

But the ingenuity didn’t stop here. Faced with the challenge of plotting the most efficient way of delivering the food, the team had found a route-planning service on google and had fine-tuned their circuit, saving valuable time. It was amazing to see such creative thinking in the middle of a crisis.

All in all, this enterprising group of highly compassionate and very capable individuals had turned themselves into a volunteer-version of Deliveroo for a grateful community. In the space of 48 hours. It was hugely impressive and inspiring.

Karshare’s small part in this was to enable the mobilisation of their service.

Ken, a kind community-minded Brighton resident, donated his car through the Karshare platform for two weeks. Over the phone he told me that he would prefer it was being put to good use doing something, rather than just sit outside his house doing nothing (which it already had been for 3 weeks). When I told him who was going to be driving it, and how it would be making a difference in the community, he was delighted.

That was our job done essentially – matching Ken’s car with Alex’s need. Alex went to Ken’s house and they managed the key exchange with some simple low-tech passwords and a good safe distance observed. My reason for being there was to understand better whether there were lessons we could learn on what was really needed.

“We have a team of 8 volunteer drivers who are reaching all areas of Brighton and Hove – this wouldn’t have been possible without the use of vehicles from Karshare. Personally I have done over 100 deliveries in this car alone. As demand increases we are regularly running low on supplies for the parcels. Today we were able to use the car to go to our local supermarket, this would have required multiple journeys without the use of a big car.”

Since then, we have taken these lessons and passed them onto other food banks we are working with, like the Waste Not Want Not project in Battersea, London. They were particularly interested in the distribution mapping app being used by Alex and her team to plan the most efficient route to drop the food parcels.

I came away from my time at the Brighton Unemployed Centre Families Project humbled. I was in awe of the resourcefulness of Alex, George and all the team there. And I was grateful and hugely moved by Ken’s donation and his desire to help his local community.

Karshare’s role in this was small. We match two sides of a puzzle; a desire in the community to help, matched with local care workers and volunteer organisations who have a pressing need for transportation. We do arrange the insurance, the cleaning and the breakdown assistance, but this is bread and butter for us. It’s the easy bit by comparison. None the less, the fact that we can match both sides together gives all of us in the Karshare team, including our partners and other volunteers,  a real sense of purpose knowing that these elements can do so much good right now.

As I waved goodbye to Alex, I asked her if there was anything else that we could do to help. She looked thoughtful and then said “You couldn’t find a chiller van, could you? It would make a huge difference.”

“Of course, we can” I said, with a nonchalance I didn’t feel.

” As of 13th April, we have sent out 476 parcels, that’s 258 households feeding 390 adults and 188 children. Some families have now been supported by us for 4 weeks. All of the people we are helping are either unemployed, on a low income, unable to work due to ill health or disability or retired. Many referrals we are receiving are stating they have recently lost their job or unable to work as a direct result of the pandemic.” 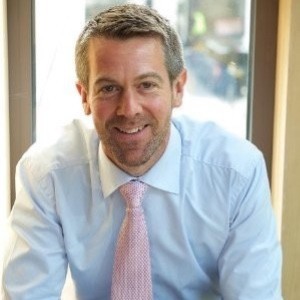 Andy is an experienced senior executive of the travel sector who has led, grown and successfully managed investment for travel related businesses that were private equity backed. Most recently Andy founded Karshare, the latest innovation by Car & Away which was a business he founded in 2016. Karshare is building a community that will enable the world to do more with less. The team is obsessed with delivering brilliant, people-led experiences enabled by the finest technology. Through perseverance and listening to learn, we are building the most trusted & personal car sharing service on the planet. Previous experience as CEO for Reed & Mackay, Head of Ancillary for easyJet, Online / Commercial Director for STA Travel and a combination of Management, Commercial, Pricing, and Aircraft trading roles at British Airways.
NextLearnings From The Covid-19 LockdownNext

Karshare is made possible by a group of companies who have come together to help the community at this difficult time.